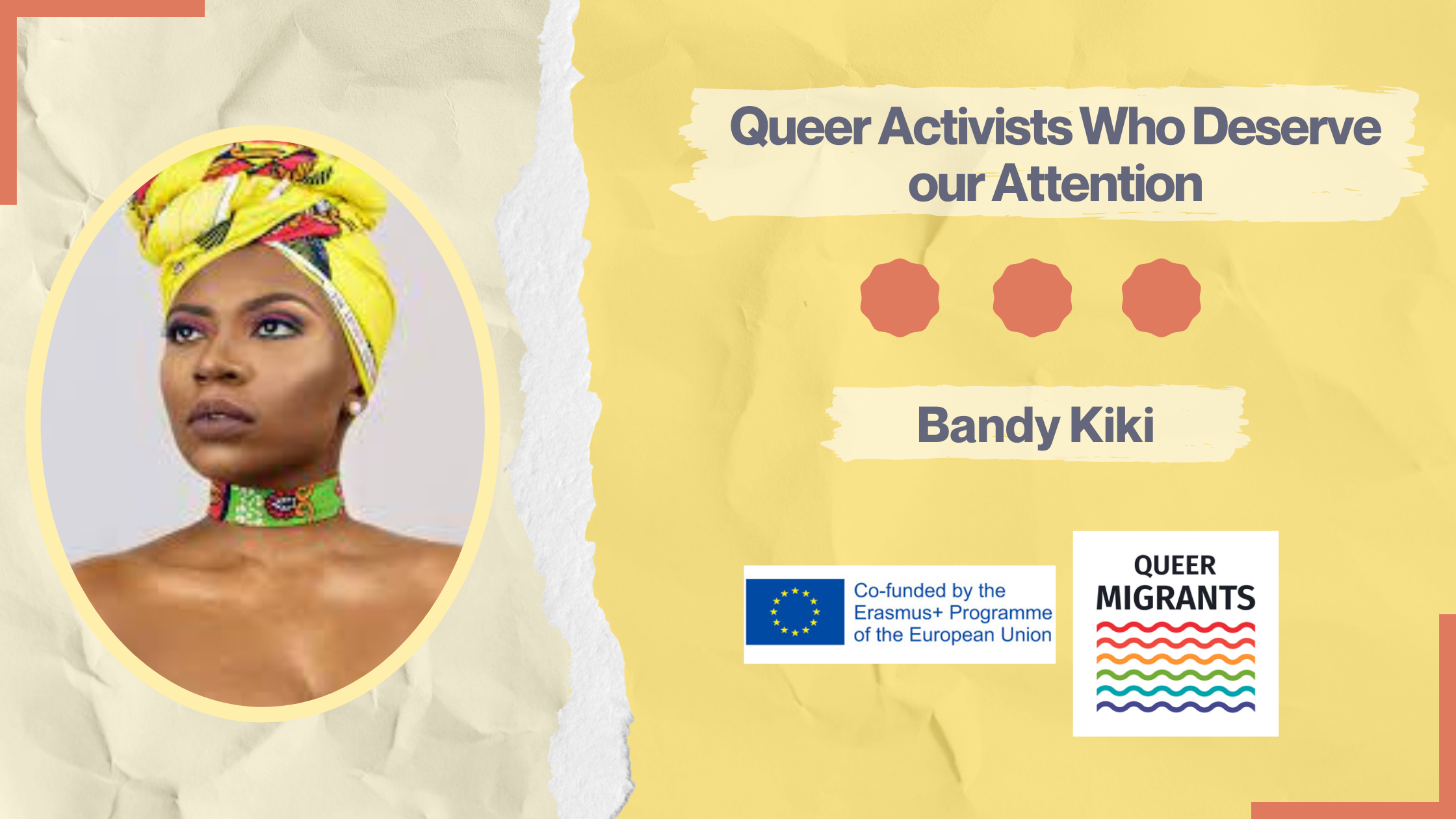 Bandy Kiki, born Emily Kinaka Banadzem, is a Cameroonian blogger, activist, and entrepreneur.  She was raised a conservative Catholic in Northwest Cameroon; her family in the Nso tribe. She is now based in Manchester, UK, as she bravely left her home tribe in Cameroon to live her life as a gay woman.

As in many African countries, homosexuality is illegal in Cameroon. In addition, homosexuality is often thought to go against the teachings of the Catholic Church, which Kiki was raised in. She suffered a lot of internal turmoil due to these foundational principles which did not align with how she felt inside. When she came to study in the UK, she was shocked by the contrast between her home and the Manchester Gay Village.  She was nervous but excited, because she finally saw a path away from all the years of the suppression of her sexuality.  These experiences prompted her to found Kinnaka’s Blog, a website where she was able to share and give her opinions on LGBTQ+ news and any other news that interested her.

Kiki faced a lot of homophobia and backlash, including death threats, for leaving Cameroon and openly sharing her sexuality. She wants to give hope to other queer Cameroonians and help to grow the community, but she also knows the danger they face due to the crackdowns of their government.

Bandy Kiki is the founder of a marketing and branding consultancy—Kikum Consulting—and the co-founder of a gender-neutral clothing company, Rem Clan. She is a trustee of Rainbow Migration, a London-based charity that helps LGBTQI+ people seek asylum and works to ensure that they are treated fairly under that system.  She is also a trustee of Black Beetle Health, which promotes the wellbeing and equality of LGBTQ+ communities of color.  Finally, Kiki is also a director of Living Free UK, which is a Community Interest Company that facilitates a safe space for Black Queer Africans, specifically, but not limited to, asylum seekers and refugees.

Kiki has a wide reach on social media—over 150,000 Instagram followers, where she shares her life and activism, including resources for asylum seekers.  She has used her platform to try and help trans Cameroonian women, jailed in male cellblocks from being prosecuted for attempted homosexuality.  In opposition to all the hate we see online, Kiki wants to use her platform for good and to help others.