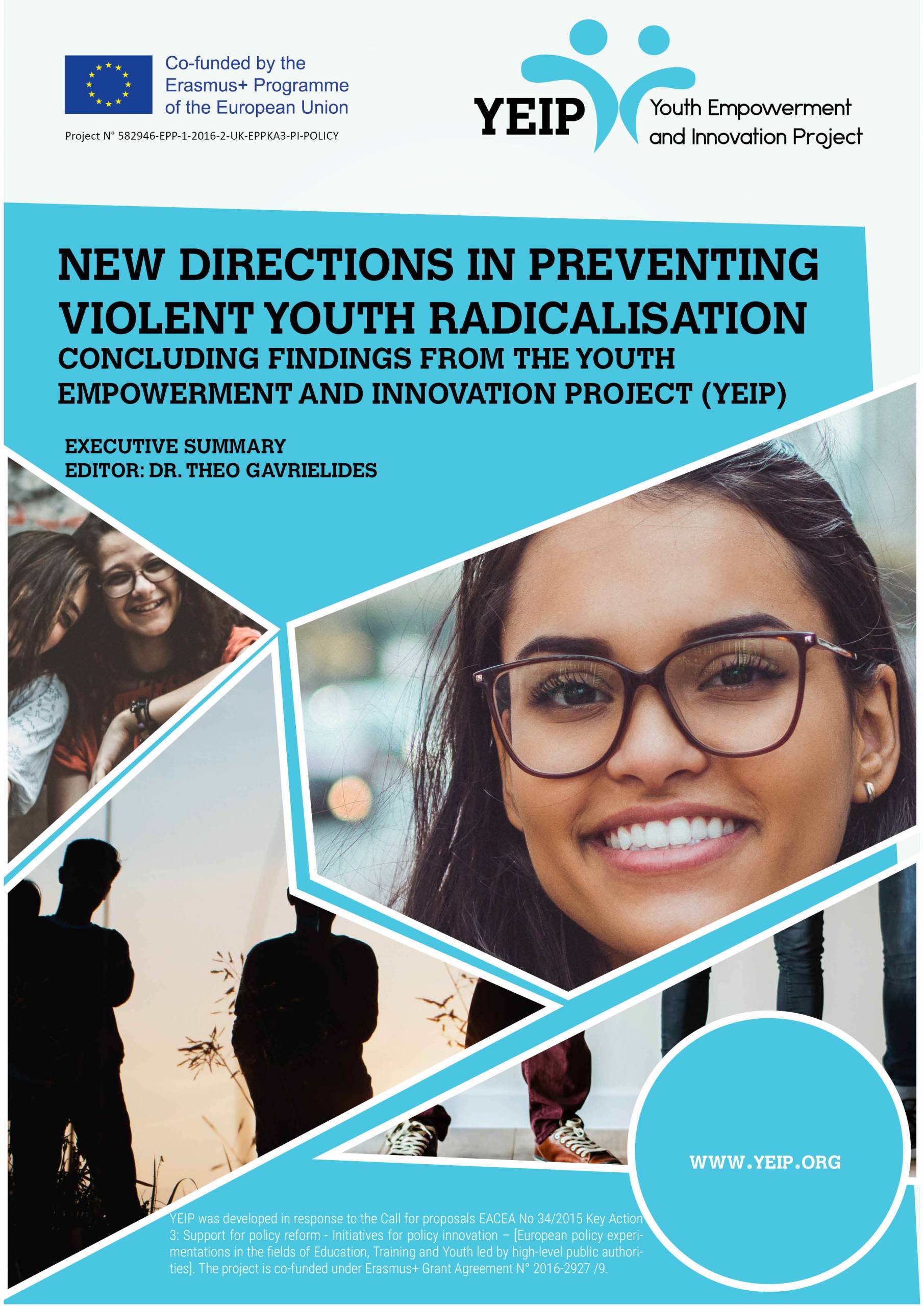 This book is the final publication of the Erasmus + Youth Empowerment and Innovation Project, which looked at the issue of violent youth radicalisation in seven European countries and across Europe. The project investigated the attitudes and knowledge of young Europeans and practitioners, while testing innovative tools for addressing the phenomenon through positive psychology and the application of the Good Lives Model.

The book is based on data that was collected through one of the largest scientific surveys on violent youth radicalisation. The project applied a youth-led methodology involving 75 young researchers throughout the project and partnership. The project was broken down into four scientific blocks. The four scientific blocks were informed by secondary research carried out in native languages as well as fieldwork. The first block involved secondary research as well as primary fieldwork with 133 participants. The second block carried out fieldwork with 380 participants. The third scientific block involved a total of 478 young people, 354 professionals and 195 policy makers. Finally, the fourth block involved an impressive number of 1408 young participants and 517 professionals. In total, YEIP directly engaged with 3384 individuals from as young as 16 years old to 78. Arguably, this is one of the largest scientific studies on violent youth radicalisation in Europe. In total, YEIP directly engaged with and spoke to 3540 individuals from as young as 16 years old to 78.